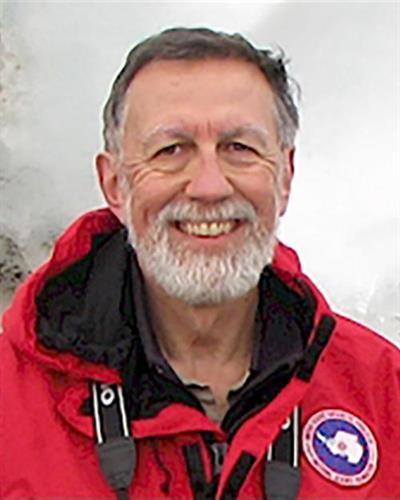 Professor, Chemistry
(617) 627-3124
samuel.kounaves@tufts.edu
62 Talbot Avenue, Room P-108B
Research/Areas of Interest: Planetary Chemical Analysis & Astrobiology - In the search for life in our solar system over the past several decades, it has become increasingly clear that there may be multiple worlds besides Earth that either once had or may still have environments capable of supporting microbial life as we know it. Our current research is focused on two aspects of this search: (1) In the search for life on Mars, one key question is; how are biologically-produced molecules (biomarkers) altered when exposed to solar ultraviolet radiation in the presence of oxychlorines and their intermediate formation products? To help answer this question we are investigating the "fragmentation" patterns of such altered biogenic compounds which could then be used to identify the original biomarker and thus provide evidence for life on Mars. (2) We are developing in-situ analytical instrumentation that is designed to unambiguously detect microbial life and determine the habitability of planetary environments that may be present at the surface or subsurface of Mars, and the oceans of icy-worlds such as Saturn's moon Enceladus or Jupiter's moon Europa.

As Co-I and Lead Scientist for the Wet Chemistry Lab (WCL) onboard NASA's Phoenix Mars Lander, Kounaves and his group performed the first wet chemical analysis of the martian soil using an array of electrochemical sensors. The experiments revealed an alkaline soil containing a variety of soluble minerals, but most surprising was the discovery of almost 1% perchlorate (ClO4-). Its discovery has wide ranging implications and has altered the way we view the chemistry of Mars and its potential to support life. The ClO4- may be responsible for brines due to its depression of the H2O freezing point to -78ºC, the control of planet-wide soil and atmospheric water content, and the difficulty of instruments to detect organics on Mars (VL/GCMS; Phx/TEGA; & MSL/SAM). It could also act as an electron doner/energy source for any indigenous subsurface microbes, and is both good & bad for human explorers (can provide energy, fuel, and oxygen, but is human health hazard). The group's recent discovery, that ClO4- may form on any Cl-bearing mineral surface that is exposed to UV and that the process generates intermediary oxychlorines and highly oxidizing radicals, has implications not only for the production of ClO4- and the alteration of organic biomarkers on Mars, but also on Earth and perhaps throughout the solar system and beyond.

The discovery of ClO4- on Mars led the group to investigate the same possibility in Antarctica's McMurdo Dry Valleys. The study provided the first unambiguous discovery and clear evidence of the ubiquitous natural formation of perchlorate on Earth, with accumulation in arid environments and global atmospheric production. The discovery also suggests the hypothesis that the perchlorate reducing bacteria and arachea may be a remnant of a significant pre-oxygen Earth perchlorate ecosystem. The group has also recently confirmed ClO4-, ClO3-, and NO3-, in the Mars meteorites EETA79001 & Tissint, and also in lunar and chondrite meteorites.

In addition to the current investigations exploring Mars' geochemistry and its potential for supporting past or present microbial life in surface or subsurface environments, their research (funded by NASA and NSF) includes understanding the geochemical and environmental history as recorded by the chemistry of planetary surface materials, and the geobiochemistry in extreme environments on Earth in places such as the McMurdo and other Antarctica Dry Valleys, Death Valley, the Tindouf Basin (Morocco), and the Atacama Desert (Chile).

Most recently they have been funded by major NASA grants to (1) investigate how potential biomarker molecules on the surface of Mars would be altered or destroyed in the search for life and (2) , develop a chemical sensor array to unambiguously detect microbial life and determine the geochemistry, subglacial ocean chemistry, and habitability of Saturn's moon Enceladus by analysis of the ejected plume material and the surface ice on Europa.
Read More Career Highlights / Publications Research Professional Activities Courses / Teaching Activities